Rechargeable batteries can be found everywhere and make our daily lives a lot easier. Unfortunately, the latest lithium ion batteries are not as harmless as they seem.

What is a lithium battery? 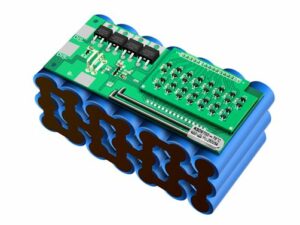 Example of the construction of a lithium battery on the inside

The difference between lithium and li ion

For example, the higher the temperature of the battery, the faster the capacity is lost. A fully charged battery also ensures that the capacity decreases faster. Since a lithium ion battery is not cheap to buy, you ideally extend the battery life to the maximum. 4 tips to extend the lifespan:

3 fires from a bicycle battery

Entrepreneurs who sell or rent electric bicycles, drones or IT equipment often charge the batteries at night, so that they are not visible and the batteries remain on the charger for a long time after they have been fully charged. This increases the risk of overheating causing the batteries to catch fire and completely burn down the business premises. In the factory of the e-bike manufacturer Stella, fire broke out no less than 3 times (!) in the space of six months. In all three fires, the cause was a lithium battery of an electric bicycle that overheated.

But even without the electric bicycle battery being connected to the charger, the battery can catch fire and explode. For example, a battery of an electric bicycle in Auke Tweewielers bicycle shop in the Netherlands spontaneously caught fire when no one was present. The bicycle repair shop sustained extensive damage as a result of the fire.

The danger of a lithium battery is that if one of the cells catches fire, the other cells will also catch fire one by one. In addition, the chemical properties of the cell make it extremely difficult to extinguish.

Tesla, BMW, Smart and more car manufacturers produce electric cars that can drive up to 530 km with their large batteries on board without having to recharge in the meantime. The super-powerful lithium-ion batteries are also used here.

Just as with cars that run on petrol or diesel, things sometimes go wrong with electric cars. Due to traffic accidents or other reasons, the cars can catch fire. Compared to traditional cars, electric cars require a completely different extinguishing method.

At the end of March 2019, an electric BMW was extinguished by submerging the car for 24 hours in a large container of water. It was the first time that the fire brigade had an electric car fire under control in this way. This again shows that there is not enough information available about the dangers of lithium batteries and that we need to be extra careful with them.

Owning equipment with lithium batteries is therefore not without risks. If a device with a lithium ion battery leaks, becomes excessively hot, smells strongly, produces smoke or produces sparks, it is wrong. If you notice any of the above signals, it is important that you disconnect the device from the charger and move it outside. Be careful not to place the device near combustible materials, then call 999. 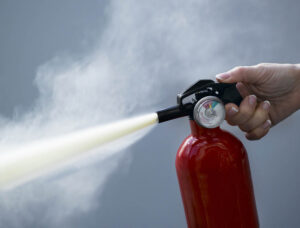 If a small lithium ion battery such as a smartphone or power bank is on fire, you can try to extinguish it yourself. Make sure that you do not inhale any hazardous substances and think about your own safety. At the time of writing this article, the fire service is still busy researching the best extinguishing method for lithium batteries. Lithium battery extinguishing agents that are most effective now are the following.

After extinguishing, consult the fire brigade to make sure that the appliance is completely extinguished and that there is no longer a risk of catching fire again. To extinguish larger battery fires such as the batteries of electric bicycles, electric scooters and electric cars, it is necessary to call in the fire service. The fire brigade then determines a suitable extinguishing method. 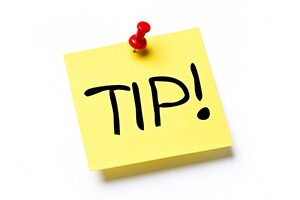 To reduce the risk of one of your devices with a lithium-ion battery catching fire, keep the following in mind.

There are also ways for entrepreneurs dealing with lithium batteries to reduce the risk of fire.

Storage of lithium ion batteries in a fire-resistant safety cabinet

As mentioned earlier, it is recommended to charge lithium ion batteries in a specially developed fire-resistant safety cabinet. Different models are available from different brands. The safety cabinets are optionally equipped with an internal (controlled) power supply and are fire-resistant from the inside and out.

The controlled power supply minimizes the risk of overheating. If one of the batteries does catch fire, the safety cabinet is fire resistant, so that the fire is kept in the cabinet. By providing the cabinet with an optional internal extinguishing system and smoke detector, you will be alerted in time and the fire inside the cabinet will be fought in good time.

Please note, safety cabinets are not endlessly fire-resistant. If a fire occurs in such a cabinet, it is important that you take action as quickly as possible by moving the cabinet to a safe place and calling in emergency services to extinguish the fire.

Please contact us to discuss this further with regards to the storage of lithium ion batteries in our own specially designed safety cabinets that we have developed.

Write a response
Related articles
Wanting to keep your valuables safe at home when heading abroad?
Due to the Covid Pandemic, travelling abroad has become a challenge, with numerous requirements to leave and enter a country. This stopped many people travelling due to the high-risk factors. The requirements have now been simplified in 2022 and there has been a significant increase in people travel
Expert Review
8.0
Expert Review: Phoenix Dream Home Safe (score 8,0/10)
Today the Phoenix Dream Home Safe is ready for review with another expert assessment. The Dream from Phoenix has just been launched in 2022 with a new and modern design, along with some excellent features and has been manufactured to a very high standard. The Dream offers a digital electronic lock a
Summer is on its way in the UK - Motorhomes, Caravans and Trailers
It’s time to spring clean your caravan or motorhome The popularity of caravans and motorhomes continue to increase which is why it is imperative to ensure it is secure when not in use or you are out and about. It is also as important to protect any valuables that are left within the vehicle. It
UK Flooding Set to Rise - 1 in 6 Properties at Risk - Water Resistant Safes
How at risk is the UK to flooding? Currently 1 in 6 properties in the UK are at risk of flooding and this is only set to increase due to climate change. Rising sea levels along with heavier rain fall combined doesn't make the situation any easier. With the winter of 2021 now here, naturally the weat
Chat